Up until now, there has been a serious shortage of affordable 85mm lenses for the Sony FE mount. Enter the Sony FE 85mm f/1.8. At $600, it comes in at half the price of the next-cheapest option, the Batis 85mm f/1.8. But is it a viable option for the Sony FE shooter on a budget, and can it keep up with its high-end brethren?

At 371g, the lens is no featherweight, but still feels quite substantial. In terms of fit and finish, it's in line with Sony's other mid-range lenses and doesn't disappoint. The chosen materials consist mostly of solid-feeling plastics, mixed with a few metal parts. The focus ring also appears to be made from plastic - something I quite like. More premium Sony lenses with metal focus rings often get dinged up, and the anodization on the focus ring wears off quite easily. Hopefully this won't be the case with the FE 85mm f/1.8.

A welcome addition to the lens is a focus hold button, as well as a manual/auto focus toggle switch. Something I'd like to see from Sony with upcoming lens releases is a bit more consistency in this regard. There seems to be a wide variety of amenities on their lenses, but none are represented across the board. For example, my FE 35mm f/1.4 has a nice aperture ring, but forgoes the focus hold button and AF/MF switch entirely. Since I switch between these lenses quite often, it would be great to have a bit of parity in terms of these basic features.

The focus ring is nice and smooth, and offers almost no resistance, "thanks" to the focus-by-wire mechanism. Fortunately the lens employs an internal focusing system, so the lens does not extend while focussing.

On a Sony a7 series camera, it balances quite nicely, and is not front-heavy. Both with and without a vertical grip, it fits the body well and feels good. When dangling on a camera strap, the weight of the lens is not enough to pull down the camera, so the camera body stays snug to your body.

The lens ships with Sony's standard front and rear caps, as well as a lens hood (ALC-SH150). It's a round lens hood, and though I prefer petal-style lens hoods, it does the job. Compared to higher-end lenses, it's all plastic with no rubberization. I find this to be perfectly adequate, and hopefully this means a lower price for replacements.

Overall, this lens is not a significant step down from Sony's premium lens offerings. Everything is well-built, the lens is light yet still solid, and the mechanics work flawlessly. Not disappointing considering the price point.

At $600, the FE 85 1.8 carries the "Sony tax." It's significantly more expensive than lenses from other manufacturers in this class. For example, Canon's EF 85mm f/1.8 is a full $250 cheaper. Even Nikon's relatively new AF-S NIKKOR 85mm f/1.8G comes in at $475, a full $125 cheaper than the Sony variant. This likely comes down to demand and production volume, but it's sadly something we FE shooters are quite familiar with.

That being said, if you need an 85mm lens, this is certainly the most attractive option currently available. The next step down in terms of price would be a Rokinon 85mm f/1.4, which is manual focus only, and is significantly heavier than the Sony lens.

Cutting to the chase here: I have no hesitation using this for professional applications. Events, portraits, street photography - this lens handes it all. If you're here to pixel-peep, I'm afraid I won't provide that in this review. I will say that sharpness is excellent wide open down to the very corners, and I would not hesitate shooting this lens wide open in any situation.

The biggest weak spot in terms of optical performance is chromatic abberation. Especially when shooting in bright sunlight, there can be some fairly heavy CA in contrast edges. A bit annoying, but thanks to easy software corrections, certainly not a dealbreaker. Stopping down does help this slightly, but I can't imagine a shooting situation where CA would make this lens unusable.

When this lens was first announced, I was quite worried about this bit. Reason for this was the Sony FE 50mm f/1.8, which is now infamous for it's poor autofocus performance.

I'm happy to report that the autofocus performance of the FE 85mm 1.8 is fantastic. Even in backlit situations, focus is fast, accurate, and silent. Even in extremely dark lighting situations, the 85 exhibited almost no hunting. Additionally, focus is perfectly silent, which video shooters will appreciate.

I tested the lens on both the Sony a7RII and the Sony a6000. It performed beautifully on both bodies, quickly snapping into focus. This was a huge relief, because anything less than excellent AF performance would certainly have been a deal breaker for me (as I shoot mainly fast-paced events).

So, is the Sony FE 85mm f/1.8 competitive with it's more expensive brethren? It most certainly is. In fact, I'd be hard-pressed to recommend the Batis 85mm at this point. With the addition of the focus hold button and AF/MF switch, the EF 85mm even has some advantages over the Batis. If you pixel-peep, you may find the Batis to come out barely on top, but in my opinion, it's not $600 better. At half the price of it's nearest competitor, the FE 85mm is a no-brainer for anyone who has been on the fence about the Batis but wasn't ready to drop nearly $1200.

The samples below were shot with a Sony a7RII. I tried my best to photograph some worst-case scenarios to see how the lens performs, specifically in terms of CA. They were shot in RAW, and exported from Lightroom with no adjustments. Feel free to download the full-resolution JPEGs. 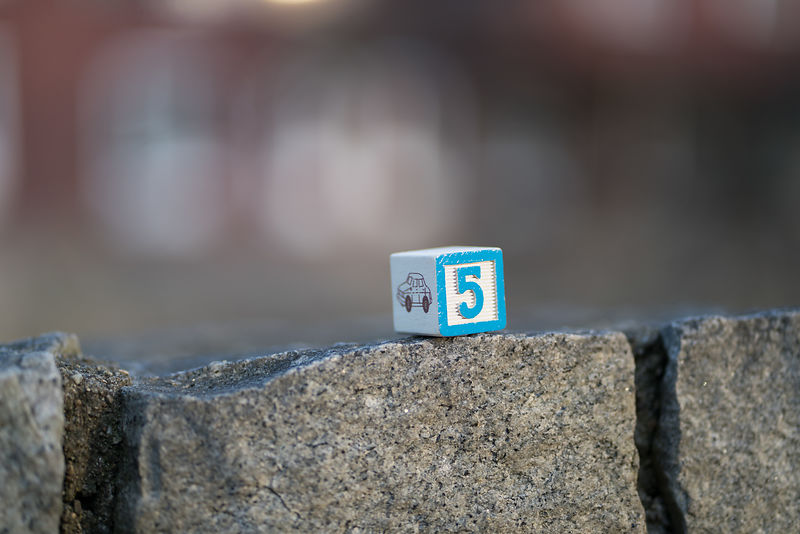 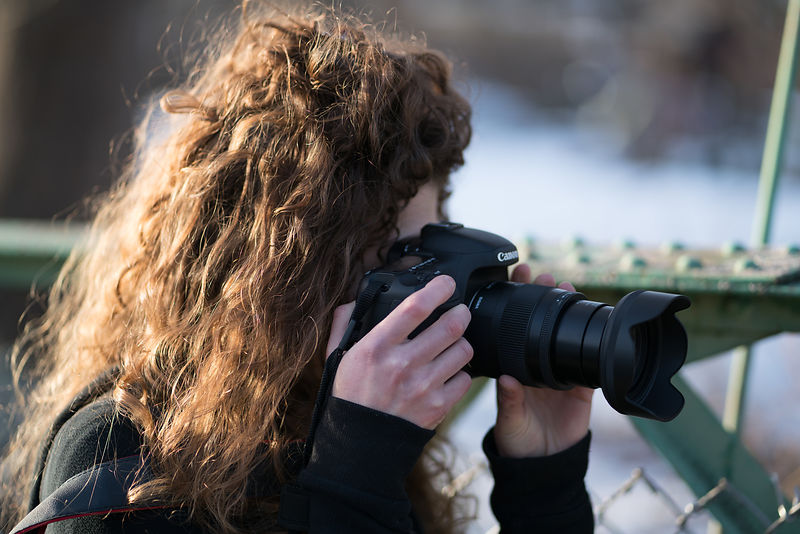 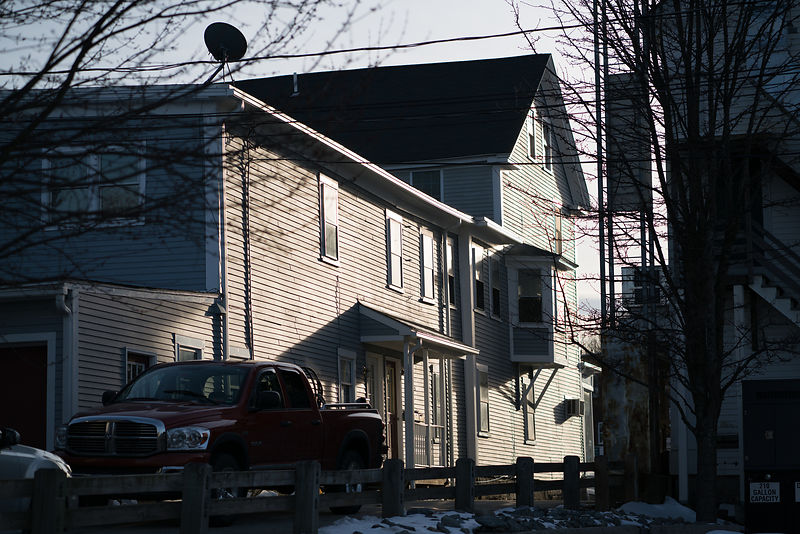 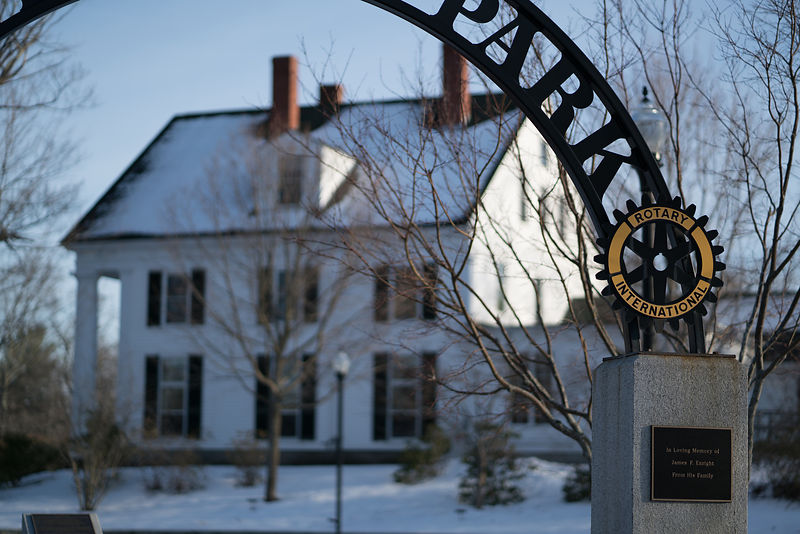 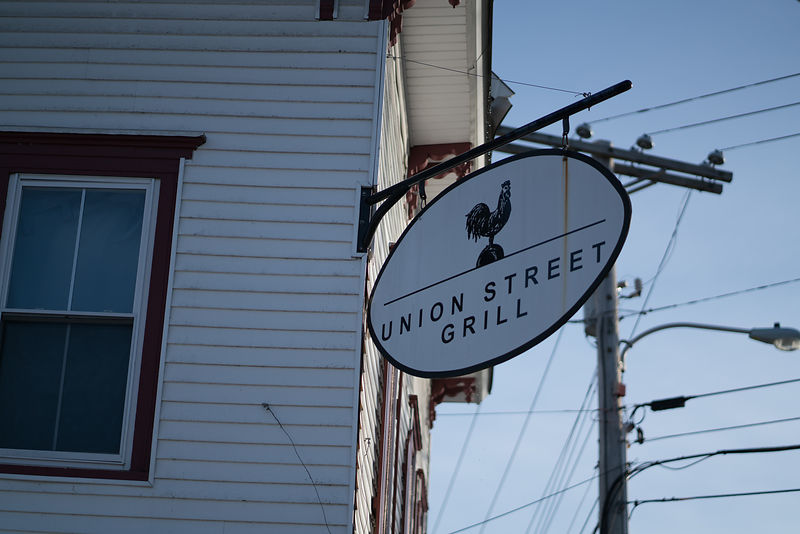 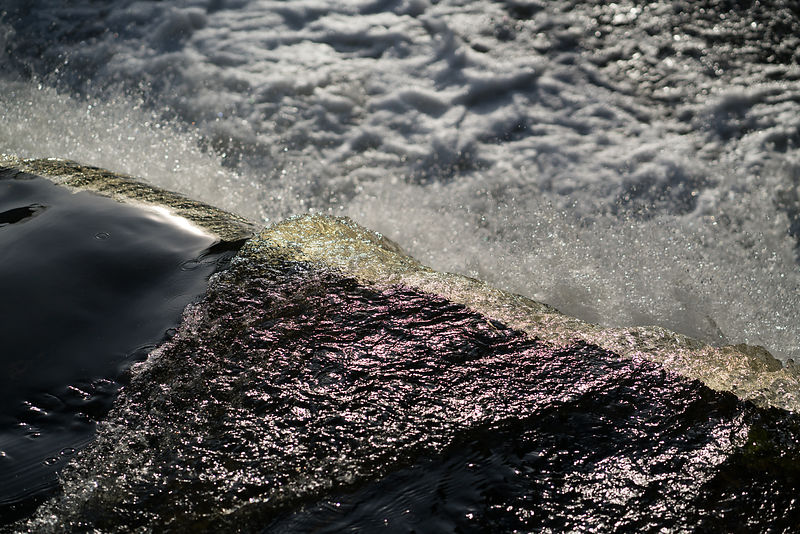 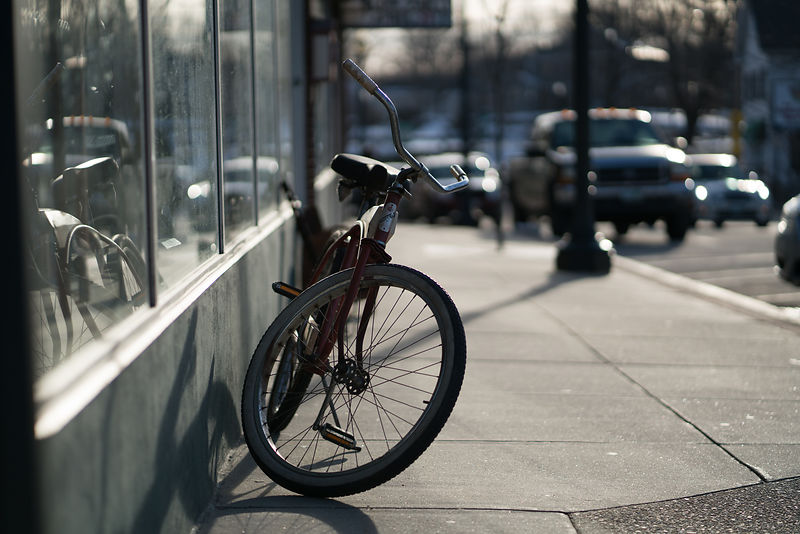 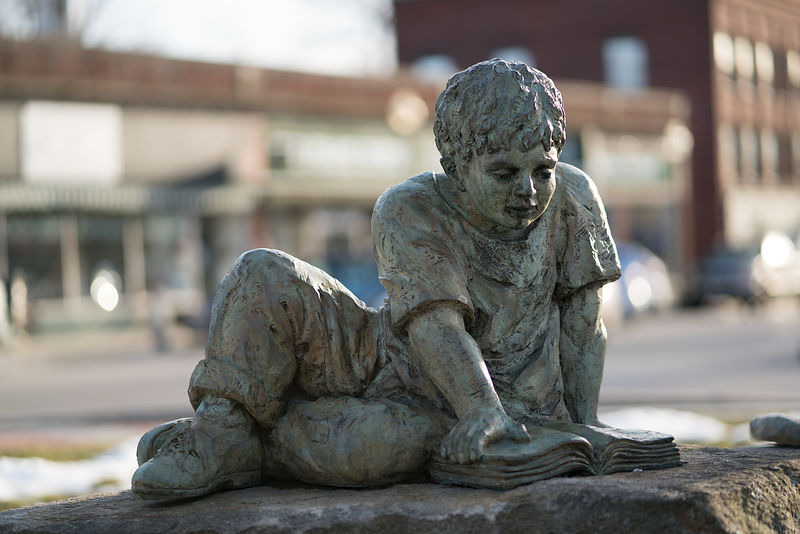 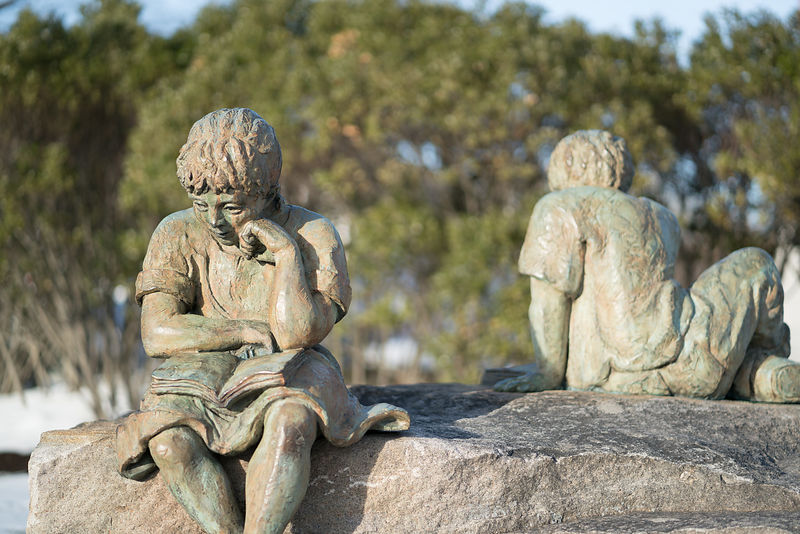 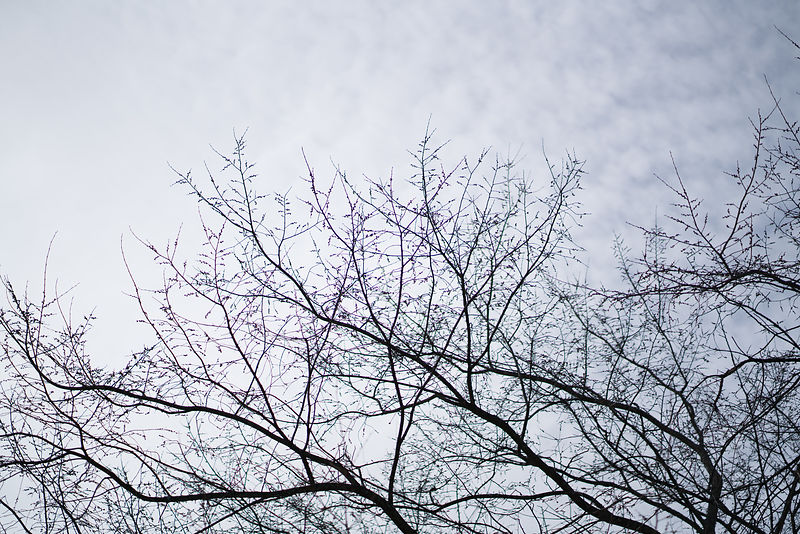 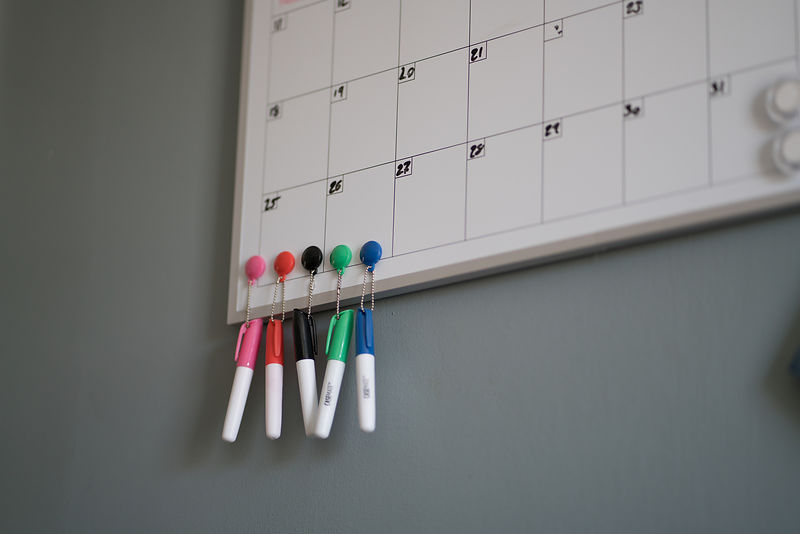 What's up, this weekend is good designed for me, as this time i am reading this impressive informative piece of writing here at my house.